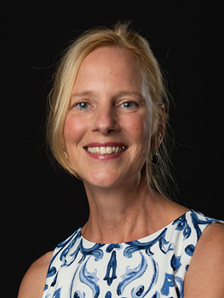 We are very sad to inform ESPE members that Marie-José Walenkamp from Amsterdam, the Netherlands, passed away on March 9, 2021.

Our colleague and good friend Marie-José Walenkamp, paediatric endocrinologist at Amsterdam University Medical Centers, died at the age of 54 years, six months after she was diagnosed with an untreatable form of cancer. Her untimely death is a great loss for her husband, daughters, family, friends and colleagues, as well as for the Dutch and international paediatric endocrine communities.

Marie-José was born in 1966 in Haarlem, the Netherlands. She graduated as MD at the Medical Faculty of Utrecht University in 1993. Her first scientific paper (1989) was the result of a research elective on four growth hormone deficient children from two families who later were shown to carry pathogenic variants in POU1F1. She was trained in paediatrics by Prof. Jan Maarten Wit, in the Willem-Alexander Children’s Hospital of the Leiden University Medical Center (LUMC) and by Prof. Bert van der Heijden in the Juliana Children’s Hospital in The Hague from 1995 to 1999. She started her fellowship in paediatric endocrinology in the LUMC in 2000. In this period her scientific career began under the mentorship of Prof. Jan Maarten Wit. Besides a substantial number of excellent scientific papers this resulted in co-founding the Leiden Working Group on Genetics in Growth in 2006. In 2007 she successfully defended her PhD thesis “Genetic Disorders in the Growth Hormone-IGF-I Axis” at Leiden University.

In 2008 she started a new position as paediatric endocrinologist at the Department of Paediatrics, VU University Medical Centre (VUmc), Amsterdam, recently joined with that of the University of Amsterdam (Amsterdam University Medical Centers). In collaboration with a geneticist she initiated a novel outpatient clinic for children with growth disorders. She was an excellent clinician, and was universally praised by her patients and their parents.

Her interest in growth disorders was also illustrated by her efforts for national professional organisations, for example by serving as secretary of the Dutch Growth Hormone Advisory Group (2010-2014). From 2014 onward, she served as principal investigator of a nation-wide study on the effect of discontinuing recombinant human growth hormone treatment in adolescents who showed a normal result of a GH stimulation test in mid-puberty, in contrast to a low GH peak in childhood. Marie-José was also an active member of ESPE, and was successfully elected, together with Prof. Paul van Trotsenburg, to organize the 2023 ESPE meeting in The Hague, The Netherlands.

Marie-José was also actively involved in general paediatric training programmes for residents. Between 2011-2016 she served as vice-chair of the VUmc paediatric teaching programme, and she chaired the National Steering Committee for Paediatric Training from 2017 to 2020.

We are very sad to miss Marie-José’s kind and inspiring personality, and she will be missed by many others. She was an exceptional role model for women in medicine and science.

Previous newsletters can be viewed and downloaded from the archive.